In this article, I will look at some of the best tennis rackets for attacking players as well as give you some tips on what you should look out for when buying a frame that is more suited to players who like to go for winners.

Below I have selected the rackets that in my opinion are good options for players who like to go for their shots and hit winners. 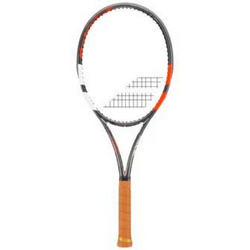 The Pure Strike VS has a 97in head size, a strung weight of 332g, a swing weight of 322g, and a thin beam width for extra control. 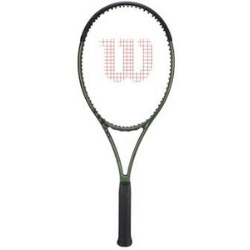 The Wilson Blade 98 18 x20 is a great racket for heavy hitters who want lots of control and precision so they are free to go for their shots.

The Blade 98 18 x 20 is also very popular on the pro tours with players Stefanos Tsitsipas, Aryna Sabalenka, and Karen Khachanov endorsing the frame. 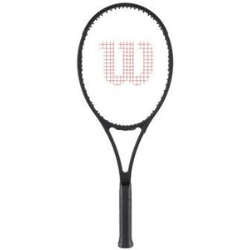 However, Federer’s racket is a very heavy racket to play with so most recreational players will be better off going with the lighter Pro Staff 97.

The Pro Staff 97 offers a similar amount of control and precision to the RF97 but with a much lower weight.

What should Attacking Players look for in a racket?

Generally speaking, most players who like to play with an attacking style (especially on the pro tour) will have a control-oriented racket with a 95 to 98 inch head size and a strung weight of approximately 325g/11.5oz or higher.

You don’t want to get a racket that is so low powered that you struggle to hit winners past your opponent and conversely you don’t want a racket with poor control as this will cause you to make more errors on your shots.

An example of a poor choice for attacking players (in my opinion) would be the Wilson Pro Staff RF97 Autograph as although you get tons of control with this racket, most recreational players are going to struggle to consistently hit winners as it is very low powered and requires a lot from the player using it.

Attacking players will also want a racket that has good touch and feel so that you put away those easy volleys at the net with power and precision.

Lastly, I would recommend that you avoid spin friendly frames as you want to be able to easily flatten out your shots to hit winners.